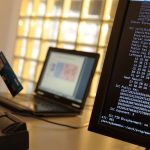 A team of researchers, Joshua Fried and Nancy Nadia Heninger (University of Pennsylvania), Pierrick Gaudry (CNRS/University of Lorraine) and Emmanuel Thomé (CARAMBA team, Inria/University of Lorraine), has recently demonstrated that certain standards used in cryptography in order to secure exchanges and communication use prime numbers whose origin is unverifiable: at least 37% in HTTPS (of the million most visited Internet websites), and at least 13% on IPsec VPNs. This represents a real risk of spying on both individuals and economic interests.

The use of prime numbers in international cryptographic standards

International cryptographic standards include prime numbers that are destined for large-scale use. These standards concern some of the operations carried out in cryptography, notably the Diffie-Hellman key exchange (invented in 1976), which is used almost universally: HTTPS, VPN in order to secure exchanges and communication.

A team of researchers, Joshua Fried and Nancy Nadia Heninger (University of Pennsylvania), Pierrick Gaudry (CARAMBA team, CNRS/University of Lorraine) and Emmanuel Thomé (CARAMBA team, Inria/University of Lorraine), has recently demonstrated that not all prime numbers are the same. It all depends on the way in which they have been chosen.
This design method is not new, it dates back to 1992(!).  At the time, the method for creating a “trapdoored” prime number was the same as the one used today, but as the prime numbers were on the whole much smaller, it was possible to detect cheating and as a result limit the risk.
Twenty-five years on and we come to a very different conclusion. As things stand, cheating cannot be detected for larger prime numbers.

“In fact, there is a way to choose “trapdoored” prime numbers equipped with a “trapdoor” (trapdoored primes). A body responsible for writing a standard could therefore propose such a prime number for general use, and keep hold of this trapdoor for itself, giving it an advantage for  breaking everything!”

For an attacker who knows the trapdoor, the scale of difficulty would become:

A risk of spying on individuals as well as economic interests

In the standards, or in cryptography software, prime numbers exist whose origin is unknown.
Let us take the context of a VPN. If, believing that a 1024 bit “nothing-up-my-sleeve” prime number is being used and instead a “trapdoored” one is used, then all communication can be decrypted the owner of the trapdoor, who can “listen to” what is happening on the network cable.

Today, too many servers accept conversing on the basis of prime numbers whose origin is unverifiable: at least 37% in HTTPS (of the million most visited Internet websites), at least 13% on IPsec VPNs – that is a lot. Far too many.

How can we protect ourselves?

In order to be sure that a prime number is honest, or “nothing-up-my-sleeve”, there are two solutions:

For both standards and software, we would need to rigorously stick to these two methods for generating prime numbers. This would imply, at least, the removal of one standard in particular, called RFC5114.  Furthermore, it would be necessary to raise the minimum requirement in terms of the size of prime numbers to 2048 bits.
Finally, the use of elliptic curves would be a good way to be free from this risk.