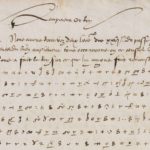 Thanks to the combined efforts of four researchers from Inria, Loria (CNRS, Inria, University of Lorraine) and University of Picardie Jules-Verne, an encrypted letter from Charles V has been decrypted and confirmed remarkable historic facts, five centuries after being written. This is the story of an unusual yet successful collaboration between computer scientists and historians. 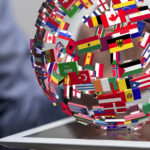 Bigscience: a new language model for all

Open source and covering forty-six different languages, BigScience is a new artificial intelligence heavyweight offering natural language processing. Claire Gardent, a CNRS research director at the LORIA and winner of the CNRS Silver Medal, who also sits on the project’s steering committee, explains the principle as well as its potential applications.

Our digital lives are governed by a wide range of IT protocols used to protect the exchange of data, such as the EMV (Europay Mastercard Visa) standard for debit & credit card transactions or the TLS (Transport Layer Security) protocol, which protects internet connections. Jannik Dreier, an associate professor at Telecom Nancy and the University of Lorraine, and a member of PESTO, a joint Inria-LORIA team, has sought to identify vulnerabilities with these protocols. His ally in navigating these cryptographic labyrinths is a software program called Tamarin. 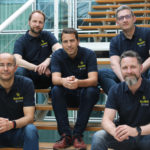 Artificial intelligence to anticipate cyberattacks – launch of the Cybi startup

Information systems, connected objects, industrial systems… these environments face increasingly frequent and sophisticated computer attacks. Companies are prime targets for hackers and must protect themselves from this growing threat. The new Cybi startup is the fruit of the cybersecurity expertise of the RESIST team at the Loria laboratory (CNRS, Inria, Université de Lorraine). It provides offers solutions for analyzing computer attack paths and intelligently automating cybersecurity operations. Cybi has just been launched in Nancy by the Inria and the Université de Lorraine with support from the Lorrain Incubator and the Grand Est region. 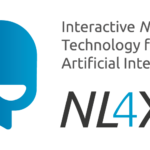 The NL4XAI – Analysing Neural Natural Language Generation Models – ITN Project organises a 3 days Spring School to be held at Loria in Nancy between 19 and 21 April.