LORIA > Non classé > A 40K “bug bounty” for our researchers

A 40K “bug bounty” for our researchers 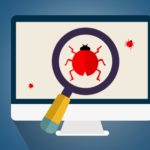 A LORIA’s research team has been rewarded in a “bug bounty” program launched by Swiss Post for the scrutiny of its electronic voting protocol.

Véronique Cortier (Research director – CNRS), Alexandre Debant(post-doctoral researcher, INRIA), and Pierrick Gaudry (research director – CNRS) were rewarded with a €40,000 “bug bounty”. This “bug bounty” program was organized by Swiss Post, in order to scrutinize and strengthen the security of its electronic voting system. The institution published the code on the European collaborative cybersecurity platform YesWeHack. The flaw discovered by the three researchers will allow the company to correct its protocol and better protect the secrecy of the vote. The team of researchers is delighted with this result and salutes the transparency approach led by the Swiss institution.