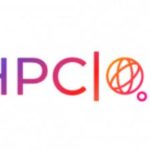 With the new project “High-Performance Computer and Quantum Simulator hybrid” (HPCQS) Europe enters into the new era of hybrid quantum-high-performance computing. HPCQS sets out to integrate two quantum simulators, each controlling about 100+ qubits in supercomputers located at two European HPC centers in France and Germany. The European High-Performance Computing Joint Undertaking (EuroHPC JU) has granted the infrastructure project in the framework of its Research and Innovation Action “Advanced pilots towards the European exascale Supercomputers”. HPCQS will receive a total budget of 12 Mio Euro over the next four years, which is provided by the EuroHPC JU and the participating member states in equal parts.

Joining the efforts of academia, including research and technology organizations and industry, Europe will foster its future competitiveness by addressing applications related to complex simulations and optimization problems. The latter can be found, for example, in materials and drug design, logistics and transportation as well as many other relevant use cases. HPCQS will play a key role by enabling research entities and industries to exploit the new quantum technologies and find solutions to complex problems.