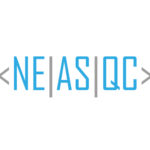 The NEASQC (Next ApplicationS of Quantum Computing) project led by Atos is made up of 12 multidisciplinary industrial and academic partners from 8 different European countries. The project works on exploring and developing quantum computing applications with NISQ (Noisy Intermediate Scale Quantum) technologies which will be available in the near future.

The consortium aims to investigate 9 usage cases in varied industrial and financial spheres using the 12 partners’ expertise in quantum computing, high-performance computing, artificial intelligence, chemistry and energy management. NEASQC’s over-riding ambition is help a strong European community to emerge in this area and prepare companies for the quantum revolution.
The MOCQUA team, common to Inria and the LORIA (CNRS, Inria, Université de Lorraine), is taking part in this innovative project by studying a use case involving intelligent energy management in collaboration with EDF.

The race for the quantum computer is the source of a great deal of excitement in the worldwide research community. Europe intends to lead the way in quantum experimentation with its ambitious Quantum Flagship programme.
Quantum computing could be a game-changer in many areas like logistics, finance, energy and health. It could generate previously unimaginable innovations thanks to its unique computing power.
The first prototypes of these machines are still hampered by a numerous errors and so the main idea of the NEASQC project is to investigate NISQs – noisy intermediate scale technologies. NISQ quantum machines have a certain lack of computation accuracy but also display clear potential to handle extremely complex tasks in the execution of certain applications and find solutions for vast industrial issues. NISQ systems have between 50 to 100 qubits of power and could be on the market within the next five years.

The final users at the heart of the project

NEASQC’s objective is to build bridges between quantum computing research and its end-users using an approach inspired by the project’s industrial and financial partners. These include HSBC, TOTAL, AstraZeneca, EDF and TILDA SIA.
Nine use cases will be studied which were proposed by the companies involved and approved by academic experts as being compatible with quantum computing. These involve various themes like automatic language processing, breast cancer detection, drug development and energy management.
The project’s researchers will put forward methods for dealing with the important issues faced by industry. Their work will range from the design of algorithms to the development of a software prototype and its qualification on a NISQ device. This is a truly ambitious idea combining tangible and prospective cases to study this game-changing technology and best respond to user requirements.
As well as working on these use cases, the consortium has set itself the challenge of federating a true European NISQ computing community through the dissemination of results, knowledge sharing and creating an open-source programming library. The end goals are to facilitate industry’s use of NISQ systems and attract new users.

“Smart charging”, a use case studied by EDF and the LORIA

The project is represented at the LORIA by the MOCQUA team – Emmanuel Jeandel, professor, Simon Perdrix, CNRS researcher, Romain Péchoux, senior lecturer and a post-doctoral fellow. “We have a long-standing partnership with Atos, notably for the SoftQPro National Research Agency project and the BPI Quantex project” emphasises Emmanuel Jeandel, the project’s local coordinator. “It is very stimulating to work over the long term with partners who are at the forefront of cutting edge quantum innovation.”
In the framework of NEASQC, the team is analysing a use case on energy management issues linked to smart-charging along with EDF. One of the main challenges for those working on the rise of electric mobility is to develop smart-charging to best optimise the charging of electric vehicles in an efficient, flexible and economical way. NISQ systems could potentially help solve current constraints like user needs, battery cycles and grid power limits
Beyond its work on these multiple use cases, NEASQC will also forge an active European community around NISQ through its creation of shared knowledge and tools and by attracting new users.

• The NEASQC project will run for 4 years with funding of €4.67 million from the European Horizon 2020 programme.
• It is part of the Quantum Flagship programme which was launched in 2018. This is one of the European Union’s largest and most ambitious research initiatives. For more information: https://qt.eu