LORIA > Research > AI-PROFICIENT: artificial intelligence for and by humans at the heart of the manufacturing industry of the future

AI-PROFICIENT: artificial intelligence for and by humans at the heart of the manufacturing industry of the future 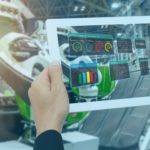 The European project AI-PROFICIENT (Artificial Intelligence for Improved PROduction efFICIEncy, quality and maiNTenance) is coordinated by the Université de Lorraine and is made up of a multidisciplinary consortium of 10 industrial and academic partners from France, Spain, Belgium, Greece, Finland and Serbia.

What is the project’s ambition? To place people at the centre of implementing innovative AI solutions in the digital manufacturing industry. This will enhance planning and running production and maintenance to respond to challenges linked to adaptability, agility and resilience for the industry of tomorrow.

As the project leader, the Université de Lorraine offers a combination of the Research Center for Automatic Control’s (CRAN) expertise in predictive maintenance and reliability/safety for manufacturing systems and the Loria’s expertise in AI and its ethics. These enable the project to respond to the challenge of developing an industry of tomorrow created by and for humans.

Today’s European manufacturing industry is faced with new challenges. These include the increased requirement for enhanced adaptability/agility in production systems because of fluctuations in demand and the mass customisation of products along with ever increasing quality, efficiency and reliability demands to enable manufacturers to compete internationally. Responding to these challenges also needs to be accompanied by control of sustainable development indicators on the 3 main “ecological, social and economic” pillars and particularly reduced energy bills to give one example. The introduction of advanced AI technologies in factories and the digitalisation of industry are becoming essential to working towards responding to such requirements. But how may we combine system efficiency, technological innovation and self-fulfilment for humans at work?

AI-PROFICIENT’s aim is to provide a first response to this question by developing AI-based solutions coupled with engineering, design and simulation technologies at different abstraction levels of manufacturing systems with a direct link to ethics. For example, at the field equipment level, AI-PROFICIENT will foster the acquisition of data from components (sensors, PLCs, actuators) using the Internet of Things (IoT) and the latest progress made in self-diagnosis, anomaly detection and prognosis. At the system/production line level the project will also provide predictive and self-supervised learning AI analysis to make recommendations and support decision-making. At both levels, the project’s researchers take interaction with Humans into account right from the start of design work through an “Ethic by design” approach.

The project will also make tools like augmented reality, conversational user interfaces and digital twins available to operators to help humans and machines collaborate in synergy.

The data exploited in the framework of the project will thus make it possible to shift from hierarchical reactive decision-making towards self-supervised learning and distributed proactive control strategies while exploring human knowledge and operator feedback via reinforcement learning mechanisms.

Beyond such technological considerations, the project is also noteworthy because of the innovative and fundamental principle by which it works – the integration of human beings at the core of the process through the concepts of “Human-in-the-loop”, “Human-on-the-loop” and “Human-in-command” ensured by the overall “ethic by design” approach that underpins the whole project. The Human in terms of the operator and/or decision-maker will be placed centrally right from the design stage in both supervisory and implementation functions. This will facilitate and strengthen human interactions with the machines involved.

However, artificial intelligence-based tools and solutions raise many questions, particularly in industry. Employees may be afraid of their work becoming robotised, their jobs being replaced by AI or what they may obtain in return for learning AI technologies.

The project’s underlying aim is to be pioneering since very little research has been carried out in the field of ethics for manufacturing. Even less such research has adopted an “Ethic by design” approach whose objective is to take into account and integrate the ethical issue right from the start with the design of demonstration scenarios. More specifically, a post-doctoral fellow has been recruited to work on the impact and ethical value of AI technologies rolled out in the manufacturing sphere. Another example is the use of semantic data graphs to guarantee that the decision-making process is both explainable and transparent.

Finally, accessibility to the project’s research results will be guaranteed for example by publishing in “open access”. Also, the majority of the algorithms developed by the project’s academic partners will be made public as recommended by the European Commission.

Thanks to its strong industrial partnerships with major companies, the consortium will work on several demonstration sites to validate and then generalise the issues faced by operators in work situations. The aim is to transform these into actual research questions.

Our researchers will roll out their algorithms in three of the project’s pilot sites – in the Continental tyre factory in the French Lorraine region and in two factories in Belgium and in Germany belonging to the chemical company INEOS. The Continental site in Sarreguemines will provide strong support for the project through its many cutting-edge technologies and its industrial environment which is fully connected to the IoT involving autonomous and collaborative robots, augmented reality, LoraWAN networks and so forth.

Before being tested on the pilot sites, algorithms will be developed using the resources offered by high-performance processing infrastructures like Loria’s GRID5000 or the Université de Lorraine’s EXPLOR platform. They will be tested and validated on experimental platforms such the AIPL/SMART manufacturing platform in the Lorraine region. 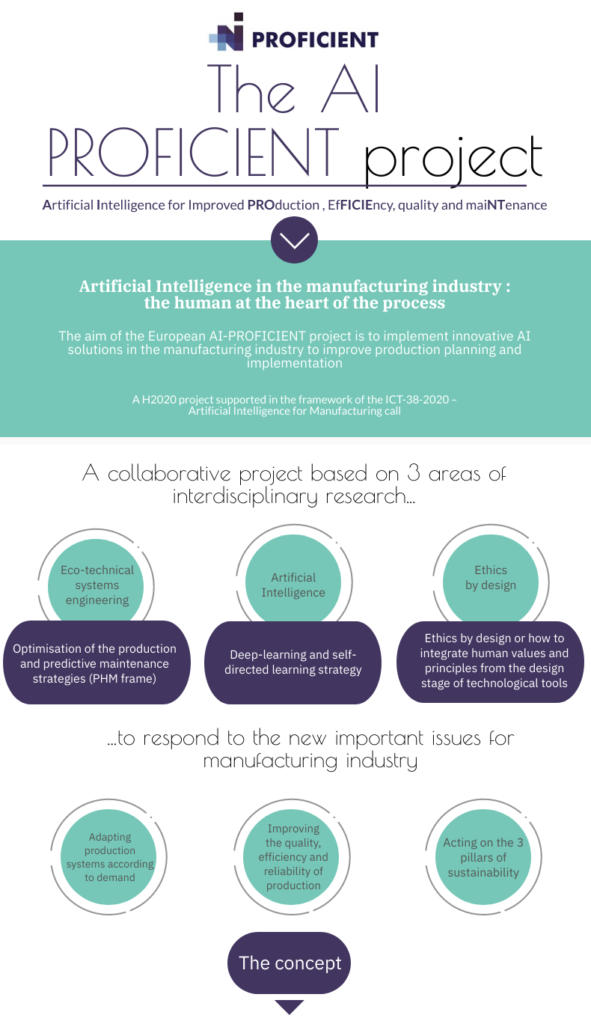 This ambitious innovative project officially started on November 1st 2020 and will run for 3 years.

It bases its work on the strong synergy between two Université de Lorraine laboratories, the CRAN and the Loria who are long-standing partners who have worked together on projects in robotics or safety/dependability.

The key people at the CRAN are:

And at the Loria:

The Université’s Cellule Europe provides project support through Sylvain Fass which is backed up by support from the two laboratories: Monique Bilon, Priscillia Seiler, Vincent Tisserat at the CRAN, Annick Jacquot and Jennifer Masoni at the Loria.

The AI-PROFICIENT project was selected in the framework of the European H2020 call for projects “ICT – Artificial Intelligence for Manufacturing”. It was in fact one of the 8 projects selected from a total of 73 applications.